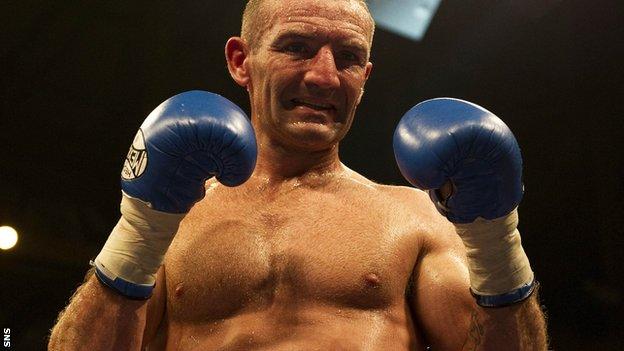 Scott Harrison's manager says the former world champion is determined to clear his name after being sentenced to four years in Spain for assault.

Harrison, who was released last autumn after serving two and a half years in jail in Spain, will appeal against the sentence.

And he will enter the ring as planned next month.

"We were not expecting this and will fight to clear Scott's name," manager Alex Morrison told BBC Scotland.

"I've spoken to Scott this morning and he's fine and focusing on his upcoming fight on 1st December."

Morrison added that it could take up to a year for any appeal to be heard.

The 35-year-old Harrison, who returned to the ring in June after six years out due to personal problems, continued his comeback by beating Joe Elfidh in their lightweight contest in September.