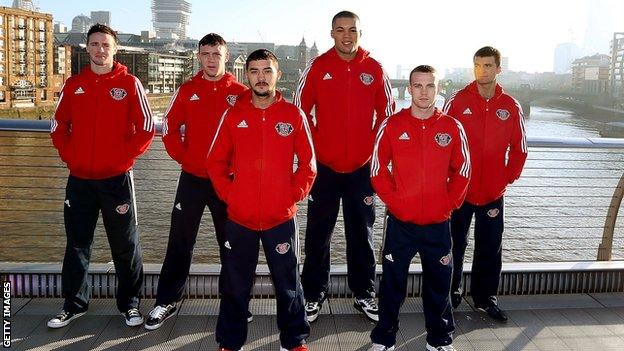 The Great Britain Lionhearts beat the USA Knockouts 4-1 in their debut appearance at the World Series of Boxing in California.

How the WSB works

From two groups of six, the top four teams qualify for the quarter-finals, where they fight home and away. The winners progress to the semi-finals (home and away) and then the finals (neutral venue) in May 2013. Each bout is five three-minute rounds. The team that wins the most number of bouts wins the meet

Lee Pullen, of the GB coaching team, said: "It was a very good night for the team. The boxers adapted superbly to the different demands."

Earlier this month, the British franchise announced it would compete in the Amateur International Boxing Association's (AIBA) event for the first time.

WSB involves nation-based franchises, in two groups of six, competing against each other over the course of a season. Boxers compete as professionals but retain their Olympic eligibility, while also being allowed to compete in World and European championships, Commonwealth Games and other traditional events.