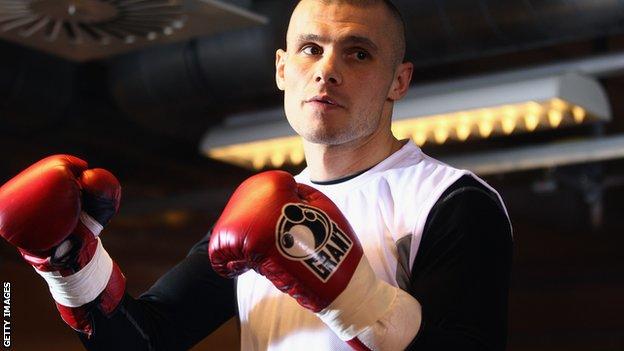 Martin Murray will put thoughts of a possible world title challenge out of his mind when he fights on the Ricky Hatton bill on Saturday.

It has been reported that the 30-year-old could face WBC champion Sergio Martinez in April, if he gets past Jorge Navarro at the Manchester Arena.

"It's one step at a time and I'm completely focused on Saturday," Murray told BBC Radio Manchester.

"If I get beat, those fights aren't going to happen."

Speaking ahead of the bout for the interim WBA world middleweight title, the St Helens fighter continued: "Hopefully it all goes well and we can talk about the future then.

"For the time being, I've got a job to do on Saturday and I'm not going to take my eyes off that."

His fight with Navarro, who is from Venezuela and has won all 12 of his professional contests, is on the same bill as

And Murray says performing in front of a sell-out crowd is an exciting prospect.

"I'm on just before Ricky so I'm expecting the arena to be busy. I love fighting in front of bigger audiences."