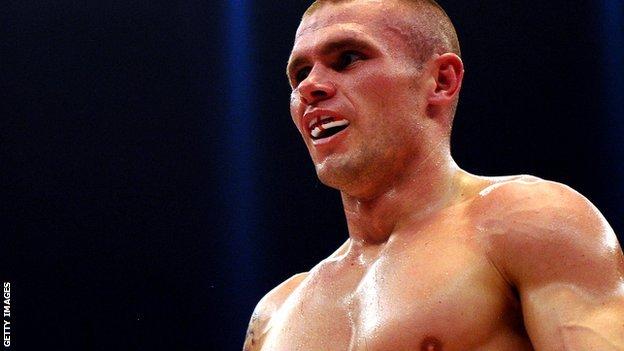 Martin Murray is likely to get a second world middleweight title shot after a sixth-round stoppage of Venezuela's Jorge Navarro in Manchester.

The 30-year-old from St Helens (25-0) was always in control after putting his opponent down in the first round.

There was also a win for British super-bantamweight champion Scott Quigg (26-0), who stopped Rendall Munroe (24-3).

Foster had to withdraw in the eighth round because of a bad cut to the top of his head, handing victory to the Cardiff man after a close contest.

However, it was Murray and Quigg who impressed most on the undercard to Ricky Hatton's fight against Vyacheslav Senchenko.

Murray, who drew his first world title fight against Felix Sturm in Germany last year, is now expected to make a trip to Argentina to take on world number one Sergio Martinez.