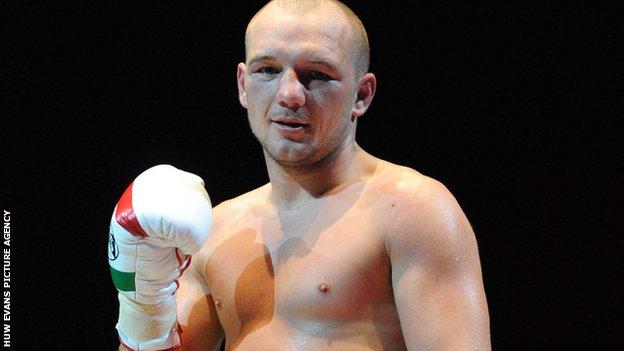 Murray has been stopped from fighting following a British Boxing Board of Control medical ahead of the London Olympia bout on 8 December.

"It's disappointing to lose the Rees vs. Murray fight but as always, boxers' safety is paramount," says Hearn.

"For Gavin we will now make the WBA title fight with Richard Abril for early 2013."

Rees has set his sights on the vacant WBA lightweight title to fulfill his dream of becoming a two-weight world champion.

Rees added the British belt to his European title on Saturday with a ninth-round win over Derry Mathews.

Rees' only defeat over his 39-fight career came when he lost his WBA light welterweight crown to Andriy Kotelnyk in 2008.