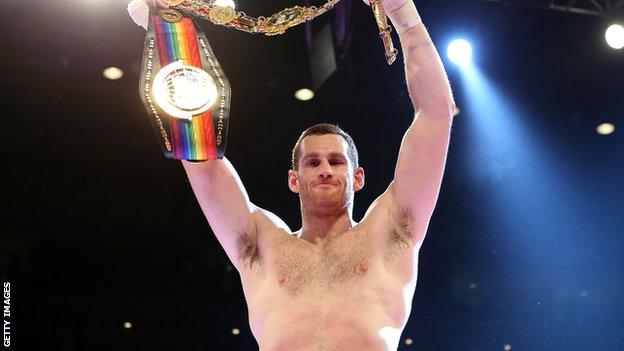 David Price insists he will not be rushed into a world title bout before he is ready to seriously challenge either Wladimir or Vitali Klitschko.

Undefeated Price, 29, puts his British and Commonwealth heavyweight titles on the line against veteran Matt Skelton in Liverpool on Friday night.

Price told BBC Radio Merseyside: "I'm only going to get one shot at this and I've got to make sure I do it right.

"When the time comes to fight one of the Klitschkos, I've got to be ready."

The 2008 Olympic bronze medallist continued: "I can understand people's excitement, but people need to understand that this is my career and we need to get it right. It's all about timing and I think we're timing it right.

"I've only had 14 fights and I'm already being spoken about as a Klitschko opponent. That's a compliment in itself, but that's all it is. I've got to prove that I'm a worthy opponent first."

Price of his previous bout.

A long-predicted match-up is yet to materialise, so the next stage of Price's progression is - himself a former Commonwealth champion.

"Matt can fight," he added. "He's a fighting man. I'm going to go in there and concentrate on my boxing. If I do that, I can make the fight as easy as possible."