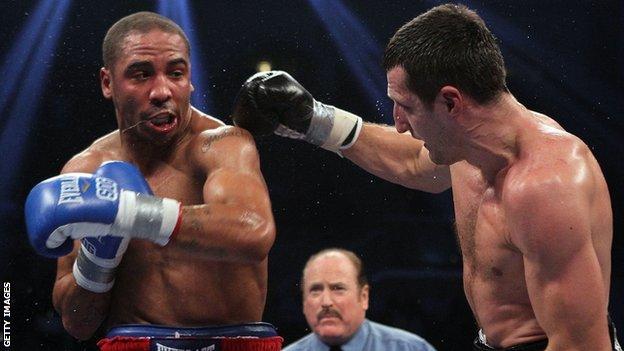 The unbeaten American, 28, is regarded as one of the best pound-for-pound fighters in the world, and defends his title against Kelly Pavlik in January.

Ward beat Froch in 2011 to win the Super Six tournament in Atlantic City.

"He (Froch) seems to think he got a raw deal or the fight was closer than it really was, so why not give him another opportunity?" Ward told BBC Sport.

Froch, 35, recently revealed he wanted a rematch against Ward or Denmark's Mikkel Kessler - the only two men to have beaten him in a 32-fight career.

WBC and WBA champion Ward won their first meeting convincingly and warned Froch, who holds the IBF title, that he is now an even better fighter.

"Carl put up a good fight but the fight was not as close as he's saying it was," said Ward.

"But I also went in there injured with a broken hand and he has to understand that fully healthy it's going to be a totally different fight."

Froch is contractually obliged to meet Lucian Bute in a rematch in Montreal next spring but given the one-sided nature of his win over the Canadian, there is a possibility Bute might not trigger the rematch clause.