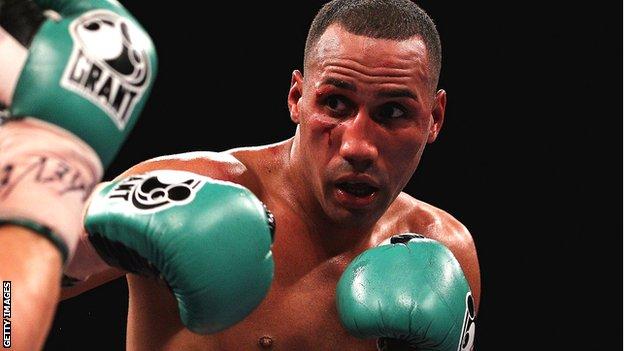 The 26-year-old Londoner clinched the lightly-regarded WBC 'silver' super-middleweight belt with a unanimous points decision over the 35-year-old.

DeGale, who won Olympic middleweight gold in 2008, dropped Zuniga in round three before winning 118-109 on all three judges' scorecards.

"This a good stepping stone. There's much more to come," said DeGale.

"When I'm so much in control people expect the knockout but believe me, that was a good performance. He was a good, world-class fighter.

"I thought I had him down, he's a tough boy. His record speaks for itself. He's been in the ring with some great champions.

"I didn't want to get careless and get caught with silly shots because the guy can punch. This is an excellent fight at this part of my career."

DeGale made a confident start and had Zuniga on the canvas in round three but was prevented from following up his good work when the referee separated the fighters, thinking he had heard a bell.

Zuniga held on for the end of the round but was again in trouble in the fifth.

DeGale had his opponent under pressure again in the sixth but the gritty Colombian refused to wilt and threatened intermittently despite losing rounds.

The Briton had originally been due to meet Scotland's Kenny Anderson and Zuniga, a former IBO middleweight champion, was lined up for the Hull Sports Arena bout at short notice.

DeGale turned professional after the Beijing Games and has now won 14 of his 15 fights. His one defeat was by fellow Briton George Groves. DeGale beat French champion Hadillah Mohoumadi to retain his European super-middleweight title in October.