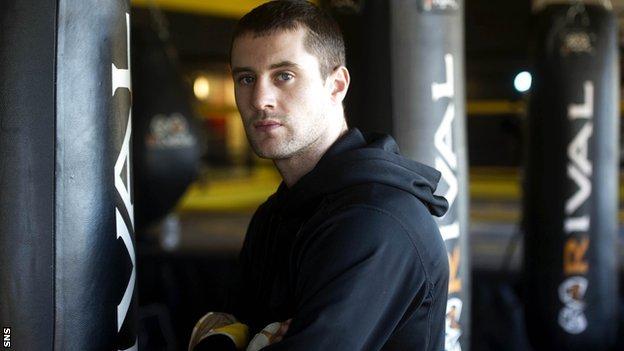 Ricky Burns's proposed defence of his WBO world lightweight title will not take place this month, his manager Alex Morrison has confirmed.

The 29-year-old from Coatbridge was due to enter the ring in Glasgow on 26 January against an unnamed opponent.

"He's just having a wee rest before his next fight, which should be at the end of February or beginning of March," Morrison told BBC Scotland.

"We hope it will be in Glasgow so that Ricky's fans can see him in action."

Burns endured a frustrating time in December when opponent Jose Ocampo pulled out of their fight in London just days before the bout.

Ocampo was a late replacement for the original challenger, Liam Walsh, who had been injured in a car accident.

Morrison hopes to confirm details of Burns's third defence of his lightweight title, and his seventh world title defence in total, later this week.

"We want to make sure that we get the right opponent for Ricky," his Glasgow-based manager continued.

"He was very disappointed after his planned title defence last month was cancelled."

Burns' preparations for his next bout will begin this weekend when he travels to Norway to spar, where one of his partners will be the man he defeated in his first world super-featherweight title defence, Andreas Evensen.