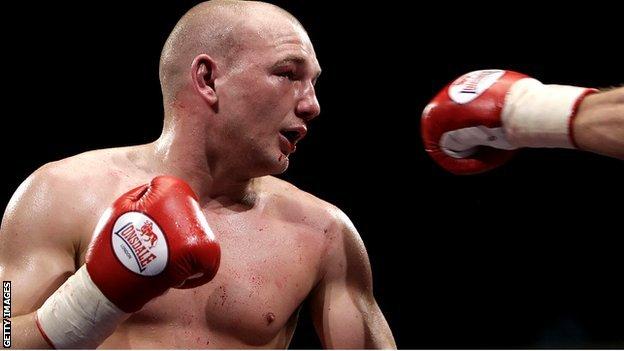 Gavin Rees admits it is a "dream come true" to be facing American rising star Adrien Broner as the Welshman bids to become a two-weight world champion.

The pair meet in Atlantic City on 16 February in a fight for Broner's WBC world lightweight belt.

"When I heard about the fight I took it instantly. It's everyone's dream to box in a big fight in America," 32-year-old Rees told BBC Sport.

"I'm looking forward to putting on a good show and causing a massive upset."

Rees, who has won 37 of his 39 bouts, is a former WBA light welterweight world champion but has never fought outside Europe and will be taking on Broner at the lighter lightweight division.

The 23-year-old from Cincinnati is one of the hottest properties in American boxing, undefeated in 25 professional bouts with 21 of his wins coming by knockout.

And the colourful Broner admitted he knows little of his Newbridge-born opponent.

"I don't really know this guy but I want him to bring his A-game," he told BBC Sport.

"I hope he's ready but it will be a long night for him. I don't need to get acquainted with anything he brings. I won't study his best moves or punch. My main focus is staying sharp and focused.

"Whatever he brings, it doesn't matter if he can't land a punch."

But Rees, who relinquished his European and British lightweight titles to pursue this fight, insisted he has the tools and experience to overcome his younger opponent and become a two-weight world champion.

"I'm a better fighter than I've ever been," added Rees. "Adrien is a great fighter, it'll be a massive test but I'm looking forward to putting on a great fight."