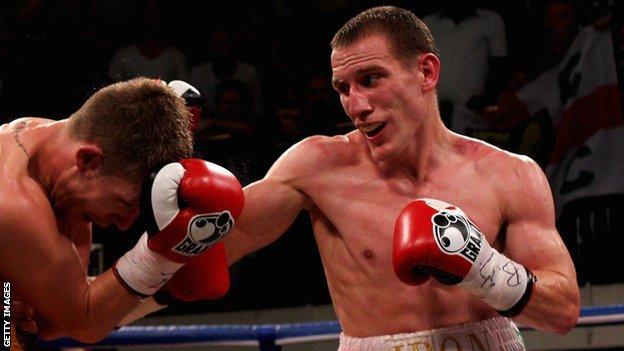 Liam Walsh will defend his Commonwealth super-featherweight title in his ring comeback from a back injury suffered in a car crash last year.

The Norfolk boxer, 26, had to against champion Ricky Burns in December following the accident.

Walsh, who is unbeaten in 13 professional fights, will face Logan McGuinness in London on 16 March.

Canadian McGuinness is also undefeated, with a record of 19 wins and one draw.

The 25-year-old's most recent bout was a points win over the Dominican Republic's Carlos Manuel Reyes.

The pair will meet as part of promoter Frank Warren's Rule Britannia event at the Wembley Arena, which includes