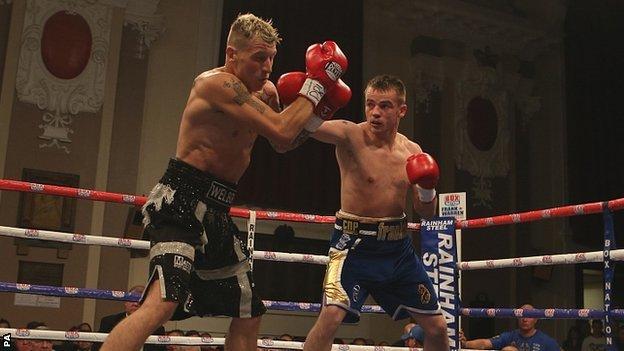 Frankie Gavin defended his British welterweight title for the first time with a ninth-round stoppage of Jason Welborn at Walsall Town Hall.

And the Birmingham southpaw had far too much class for Welborn, improving his record to 15-0 (11KOs).