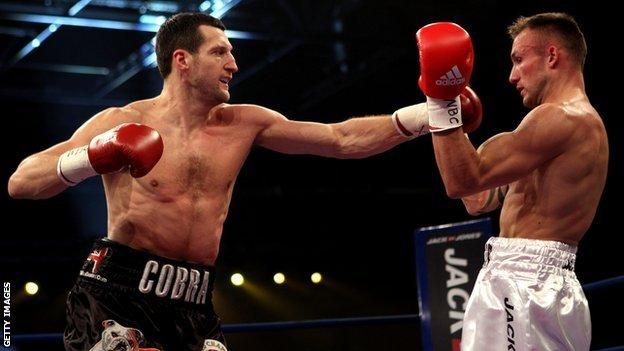 The bout, a rematch of their 2010 fight in Denmark, was announced in January.

The contest in Greenwich is scheduled for the same date as the Uefa Champions League final at Wembley Stadium.

Tickets go on sale on Monday, 4 February, the cheapest seats priced at £40.