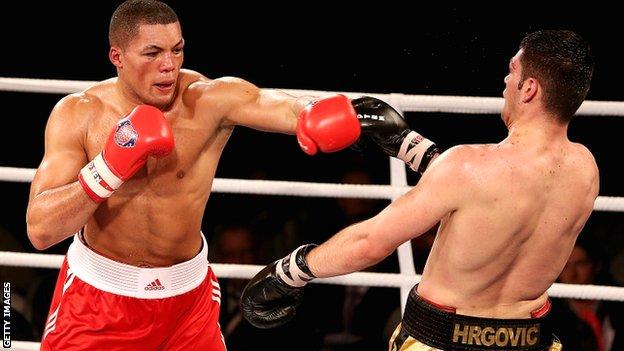 British Lionhearts guaranteed a place in the World Series of Boxing play-offs after inflicting a first defeat of the season on Astana Arlans of Kazakhstan.

England's Sam Maxwell levelled the contest before Welsh Olympians Fred Evans and Andrew Selby won their bouts to put the Lionhearts into a 3-1 lead.

The result moves the Lionhearts a step closer to winning the one million euro first prize and is revenge for last December's 5-0 defeat in Almaty.

Unbeaten at home, the team lie third in Group B and have two bouts remaining, away to Germany on 23 February and home to Ukraine at York Hall on 1 March.

Of the two groups of six franchised teams, the top four from each group go through to the quarter-finals, which are staged over two legs next month.

Rob McCracken, performance director of the British Lionhearts said: "That was very good win against an extremely tough Kazakhstan team.

"We still have a couple of hard fixtures to go against Germany and the Ukraine but we have every right to feel confident as we look towards the next phase of the competition."