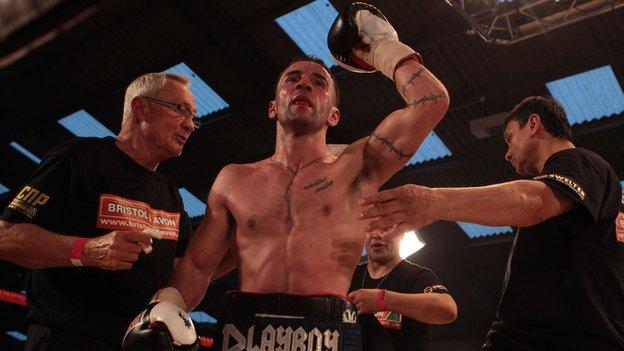 Lee Haskins will contest the British bantamweight title in Bristol - six years since he last competed in his home town.

Promoter Chris Sanigar has won the purse bids to stage the fight between Haskins and Newcastle's Martin Ward in April at the City Academy in Redfield.

A championship fight has not been held in Bristol for 15 years because of a lack of suitable indoor venues.

"It's a massive boost for us," said co-promoter Jamie Sanigar.

Former British, Commonwealth and European champion Haskins suffered a set-back in his quest for a world title after he lost his European bantamweight crown to Belgium's Stephane Jamoye in December.

The last time a major championship was held in Bristol was in January 1998, when Stapleton's Glenn Catley beat Neville Brown in eight rounds to claim the British middleweight crown.

"Lee has dropped down in the world rankings to around ninth, so beating Martin Ward and regaining the British title would put him in the frame for getting a world title fight."

It will be the first time a championship fight has been held in Bristol since Stapleton's Glenn Catley beat Neville Brown in eight rounds to claim the British middleweight crown in 1998.

And Sanigar believes Haskins' progress has been hindered by not being able to fight on home soil.

"He's had to box away a lot over the last four or five years," said the Easton-based promoter.

"It's the same with football and rugby - having that home crowd around you can give you that push when things are getting tough.

"It will definitely help him to have a home crowd."