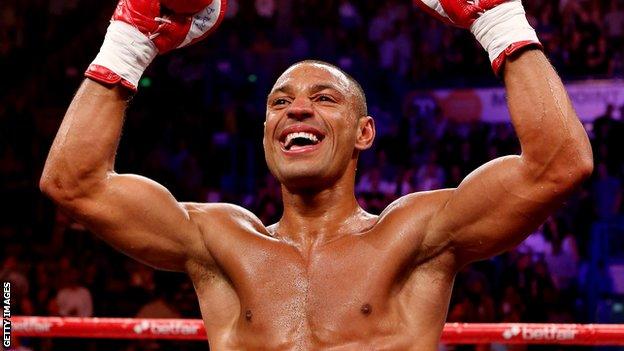 Kell Brook's world title fight against Devon Alexander could be back on after Floyd Mayweather said he will next face welterweight Robert Guerrero.

Sheffield's Brook was scheduled to fight Alexander in Detroit on 23 February before it was postponed when Alexander hurt a biceps in training.

Mayweather then claimed he might be fighting IBF welterweight champion Alexander instead.

But unbeaten five-weight world champion Mayweather will face Guerrero on 4 May.

"The first mega-event is taking place on 4 May 2013, when Mayweather will fight Robert Guerrero."

Brook had said earlier this month he was devastated his fight against Alexander had been postponed.

"I'm still confident I can keep my head right and do the job, because I'm a professional," he said at the time.

"I've had a fantastic camp and I was ready to go over there and take that title."