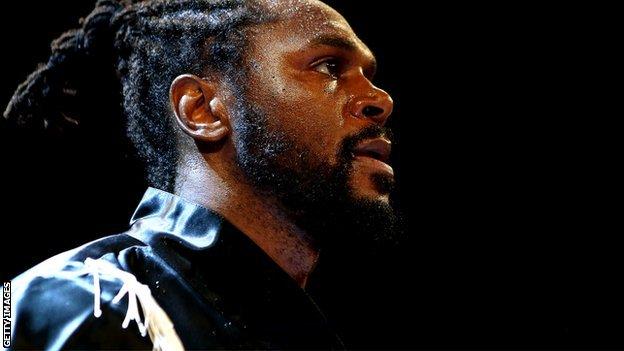 British heavyweight Audley Harrison has promised he will "turn up" when he fights in east London on Saturday.

Harrison, 41, was knocked out in the first round by David Price in Liverpool in October.

He suffered a broken nose and many expected retirement to follow, but now he is to participate in the Prizefighter event.

"The fire is still burning. I will turn up on Saturday night, cool, calm and collected."

"Am I really going to be able to achieve my goals?" Harrison said. "Hell yeah, it ain't over yet."

The fighter, from Harlesden in northwest London, won an Olympic gold medal at Sydney 2000, but his professional career has been less successful and he suffered swift and emphatic defeats to David Haye in 2010 and Price last year.

"Against David Price I was trying to force it, which isn't me," Harrison admitted. "Afterwards, I went straight back to the gym even though I had a broken nose.

"I was more frustrated than anything else, getting knocked out in a round. I was in great shape, back in love with boxing again."

Harrison did, however, win the inaugural Prizefighter contest in 2009 and appeared in confident mood on Thursday, saying: "Going through that adversity, like I have done many times in my career and my life, just sets you apart. The fire is still burning.

"I will turn up on Saturday night, cool, calm and collected."