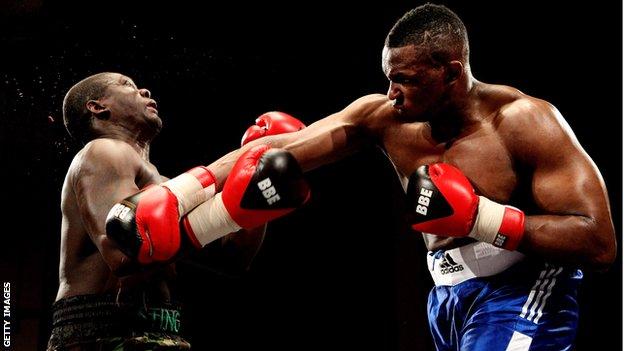 Whyte was provisionally banned in 2012 for using a supplement that contained a controlled substance.

The 24-year-old tested positive for methylhexaneamine (MHA) in a test on 13 October after his victory over Hungary's Sandor Balogh.

The stimulant was contained in a nutritional supplement called Jack3D, a controversial product that was only removed from UK shelves in August.

A tribunal last week accepted Whyte's claim that he did not knowingly take MHA, but rejected his appeal because he did not do enough to check the supplement's ingredients.

"The supplement was described on the container as 'an ultra-intense muscle supplement, giving strength, energy, power and endurance'," Charles Flint QC, the chairman of the appeal tribunal, explained in his written verdict.

"It was plainly intended to be a performance-enhancing supplement which an athlete should only take after having taken great care to ensure that it does not contain a prohibited substance.

"The athlete took no steps to make any proper enquiries of his manager or coach, any person with medical or anti-doping expertise, or the sports authorities, as to whether the supplement was safe to take.

"A one-minute search on the internet in respect of Jack3D or (listed ingredient) dimethylamylamine would have revealed that product might contain a prohibited substance."

Whyte first learned of his positive test en route to a news conference in November to announce a fight for the English title.

Perhaps the Brixton-based fighter's most significant result is a comprehensive 2009 victory over Olympic champion Anthony Joshua in the amateur ranks.

But since turning professional in 2011, Whyte had compiled a 9-0 record, and had been used as a sparring partner by the likes of Dereck Chisora, David Haye and Vitali Klitschko.

Whyte now loses that ninth victory as a result of his ban - a technical knockout of Balogh on the night of his positive test - and is suspended from competition until 12 October, 2014.

After the verdict, the boxer tweeted: "Don't worry. I will be back stronger and much more educated."