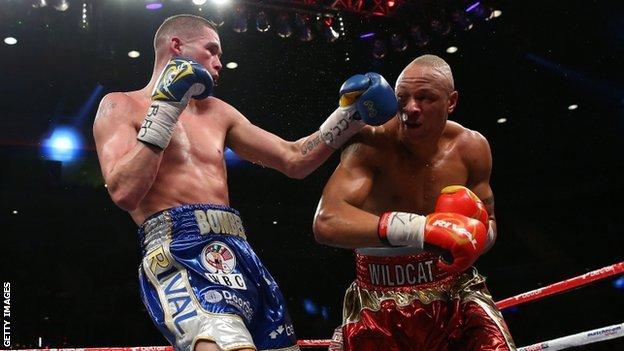 Bellew, the 30-year-old from Liverpool, knew a win would put him in position to take on American champion Chad Dawson.

But he put in a laboured performance at the Echo Arena.

"I thought I won nine out of the 12 rounds and even Chilemba's trainer, Buddy McGirt, one of the most respected men in boxing, told me he thought I won," said Bellew.

"I've got a lot of time for Chilemba. He's a good fighter and a tough man but I won the fight."

Bellew has rebuilt his career since defeat by British rival Nathan Cleverly for the Welshman's WBO title in 2011, his only loss in 20 previous fights.

The Everton fan, watched by Toffees manager David Moyes in the crowd and entering the ring the club's Z Cars theme tune, started positively in an untidy first round, landing a solid early right hand to mark Chilemba's card before the pair had to be pulled apart after the bell.

Chilemba's confidence grew as the fight went on but neither fighter landed a big shot.