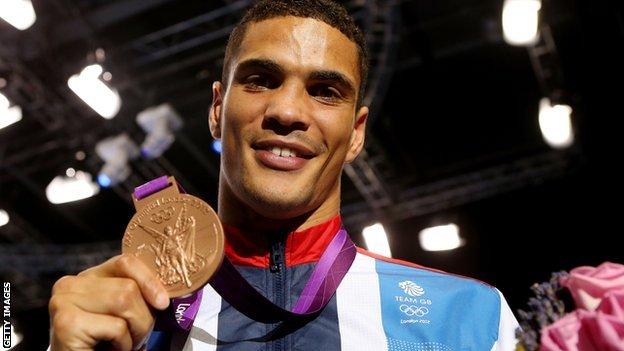 Lowestoft middleweight Ogogo, 24, who won bronze at London 2012, is on the undercard of

Haroon Khan, Amir's younger brother, is also poised to but the 21-year-old's opponent has yet to be named.

The event is the first to be staged in the UK by Ogogo's promoters Golden Boy, owned by 10-time world champion Oscar De La Hoya.

Ogogo was the first member of Britain's London 2012 boxing team to announce he was turning professional, with Tom Stalker following his lead.

He experienced a year of highs and lows in 2012, almost missing out on a place at the Olympics because of a shoulder injury and competing against a backdrop of his mother's continued recovery from a brain haemorrhage.

But Ogogo produced one of the Olympics' most memorable boxing moments with an upset victory over Ukraine's world number one Ievgen Khytrov on his way to a bronze medal.