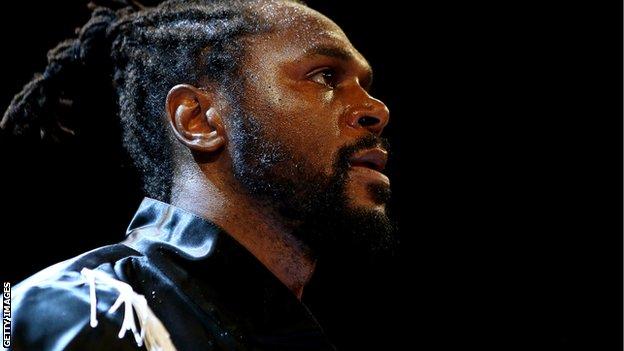 Prior to Khan's bout with Julio Diaz in Sheffield, 41-year-old Harrison will attempt to inflict the first defeat of Wilder's 27-fight career.

Sydney Olympic gold medallist Harrison won the Prizefighter tournament in March, but has lost two of his last three 12-round contests.

Biggest risk, for the biggest reward

"This is the door I must walk through," said Harrison. "Lose and it's over."

Following embarrassing defeats to David Haye in November 2010 and David Price two years later, many speculated that Harrison's professional career might have been over.

But an assured showing to win the heavyweight Prizefighter event in east London last month has given "A-Force" renewed hope of a title challenge.

"Deontay is a fast, dangerous puncher, but he has not been tested as a pro," said Harrison of the 27-year-old American, who himself won an Olympic bronze at Beijing 2008.

"Win and I'm in the top 10 for sure, eligible to challenge for the world title. Biggest risk, for the biggest reward - it can't get any better than that."