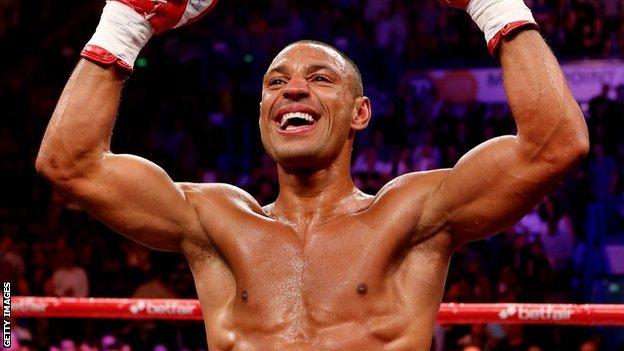 Kell Brook could look elsewhere for a world title shot after withdrawing from his bout with Devon Alexander.

The pair were due to meet on 18 May but the fight was postponed for a third time when Brook was injured.

That will count as the American's mandatory defence of his IBF welterweight belt and Brook will have to wait nine months for another chance.

"The IBF don't want to penalise Kell Brook for getting injured," said Costello, speaking on BBC Radio 5 live's Fighting Talk programme. "But he will have to wait some time to get his shot at the champion, Devon Alexander.

"Brook and his promoter Eddie Hearn might now decide to take another route to world title glory."

Scans earlier this week showed that Brook suffered a stress fracture in his right foot during training - meaning he would not be fit for his showdown with Alexander in Atlantic City. The meeting had already been postponed twice because of injuries to both fighters.

The new date for the fight was only announced on 9 April, having been originally moved from 19 January to 23 February after Brook suffered an ankle injury and American Alexander then injured a bicep in training.

The 26-year-old Brook from Sheffield has an unblemished record of 29 wins from 29 fights, while two-weight world champion Alexander, who is the same age, has won 24 of his 25 bouts.

Their fight was set to be on the same card as IBF light-welterweight title holder Lamont Peterson's showdown with the WBC's interim champion Lucas Matthysse.

"It is heartbreaking for Kell because he wanted to fight but this is the best thing for his career," promoter Eddie Hearn told BBC Radio Sheffield.

"He is still guaranteed a world title shot but he may have to wait. It's difficult but these things are meant to test you and we all have to get behind him. Mentally it is very tough for him.

"It's a difficult position for Devon Alexander and Golden Boy Promotions because if they have to go down the rankings then they might come across someone who means nothing to the fans or the broadcasters."

Brook tweeted: "So sorry to all my fans! Absolutely gutted, words can't describe how I'm feeling!"