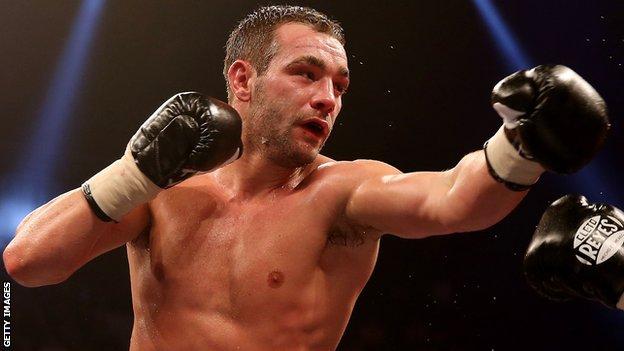 Colchester boxer Lee Purdy has been handed a world title fight in the United States next month.

The 25-year-old takes on Devon Alexander in Atlantic City on 18 May in a bout for the IBF welterweight title.

Alexander had been due to fight Kell Brook but the Sheffield man withdrew on Friday because of a foot injury.

Purdy, who currently holds the IBF international welterweight belt, fought as recently as 10 March when he stopped Mexican Cosme Rivera in round nine.

Of his 24 professional fights, the former British champion has won 20, drawn one and lost three.

Purdy's promoter Eddie Hearn tweeted: "It's a funny old game how things play out @LeePurdy1 will challenge @DAlexandereal for the IBF World title on May 18th in Atlantic City."

The fight will count as American Alexander's mandatory defence of his belt which means Brook could have to wait up to nine months for another shot at the IBF title.

Although the 26-year-old Sheffield boxer will remain as the mandatory challenger for the winner of the 18 May, he confirmed when withdrawing that he could look elsewhere for a world title shot.