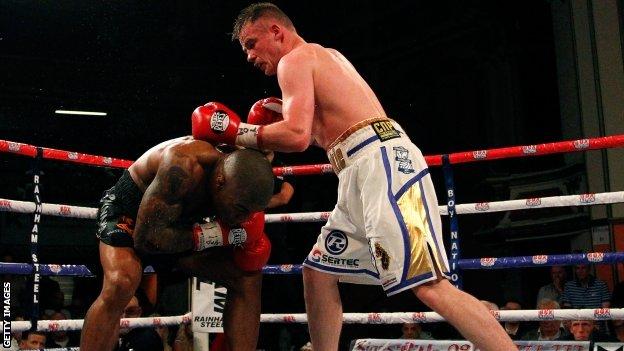 Frankie Gavin added the Commonwealth welterweight title to his British belt with a seventh-round stoppage of Manchester's Denton Vassell.

The 27-year-old, who was English boxing's first amateur world champion, is now unbeaten in 16 fights.

The Birmingham boxer dominated the early exchanges but was forced back onto the ropes in the fifth round.

Gavin fought back well, with the fight stopped after he landed a heavy blow to the jaw of Vassell.

The 24-year-old had Ali on the canvas early on before ending his opponent's hopes in the fourth with a fierce left hook.