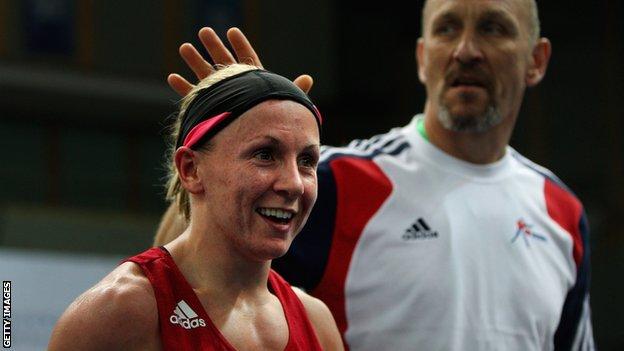 The England boxer from Preston forced Cudina to take a standing count in the first round, and a further two in the second before the 54kg fight was stopped on a technical knockout.

It was the police officer's first bout since joining the Olympic programme full time and taking a career break.

The 27-year-old won bronze in the Championships last time out in 2011.