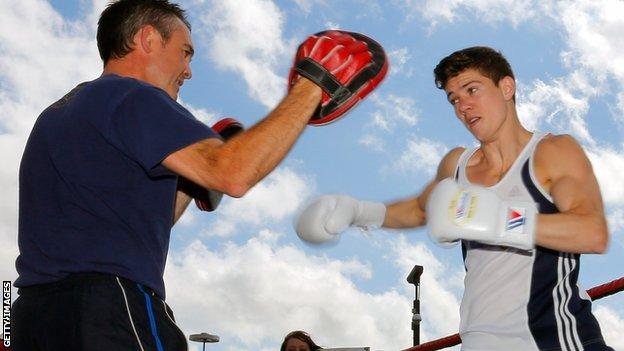 Olympic gold medallist Luke Campbell is "feeling good" as he prepares to start his professional career against Andy Harris in his home city of Hull.

"I have missed it (boxing) and I realised that in my time off," he said ahead of Saturday's bantamweight fight.

"I realised what I want to do in life, where I want to go and what my true passion is. It is boxing."

Campbell is the most decorated amateur boxer in British history, with Olympic and European titles and a world silver.

He added: "I'm feeling good, I've been training hard for it and I'll be ready for action come Saturday.

"It's been a long time coming, I've been off for a year but am back in the sport I love. I'm quite good at this so it's nice to be back.

"This is where the journey starts now for me. You are always more nervous for your first fight but I'm ready for it and have prepared well."

Gloucester's Harris, 30, has won two of his seven professional fights.

Welterweight Kell Brook will also be fighting at MS3 Craven Park as he makes his long-awaited return from injury against Carson Jones, while Olympic bronze medallist Anthony Ogogo faces Gary Boulden at middleweight.