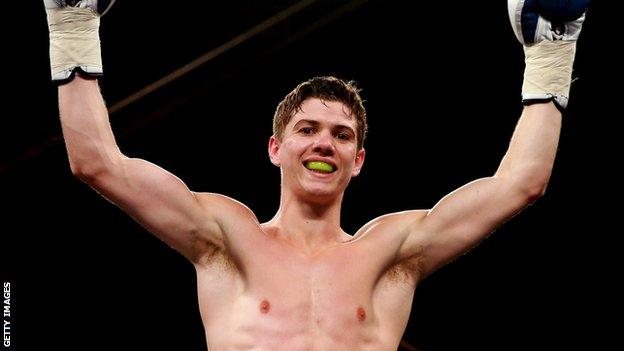 He won his debut fight against Andy Harris inside the first round in his home city of Hull on Saturday.

His fight will appear on the undercard of Ricky Burns' WBO lightweight world-title fight against Raymundo Beltran.

"I want him to box at least once a month, certainly for the next year, and sometimes twice a month," said promoter Eddie Hearn.

The 25-year-old knocked Harris down twice before the referee stopped the fight after just 88 seconds.

"I don't think it's ever happened before, someone turning pro in a stadium fight," said Hearn. "I thought Luke was mad when he suggested it but after I came to Hull and saw the support for him, I wanted to give it a go.

"We wanted to make a statement because we're going to put a lot behind Luke Campbell."