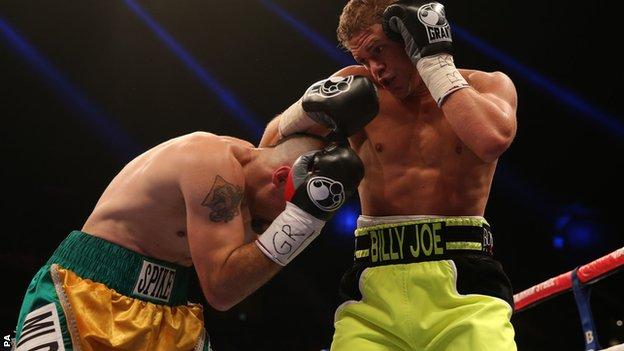 It was an impressive performance against O'Sullivan, who went into the fight with his own unbeaten record.

"He's a good strong fighter but I got my jab working straight away and kept him at range. My game-plan worked better on the night."

The Hertfordshire fighter will now defend his British title against John Ryder in September.

In the build-up to the O'Sullivan fight, he told BBC Three Counties Radio that he expects to be in world title contention in little over a year.