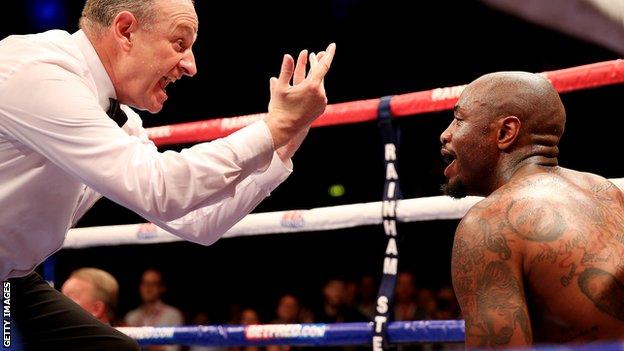 Chisora caught Scott with an overhand right on the ropes and the American appeared to misjudge the count, failing to get to his feet in time.

Scott started the brighter until the dramatic punch late in the sixth round.

"I thought 'if I catch him he's going to go down' and I caught him," said Chisora, 29, who had lost four of his previous six fights.

Scott's corner were unhappy with the referee's count but the fighter accepted the defeat.

"He hit me with a good shot," said Scott. "I gave myself an eight, got up at nine and everywhere in America the count goes up to 10.

"Everyone knows I beat the count but Dereck won a clear fair, fight and we're not going to turn this into something."