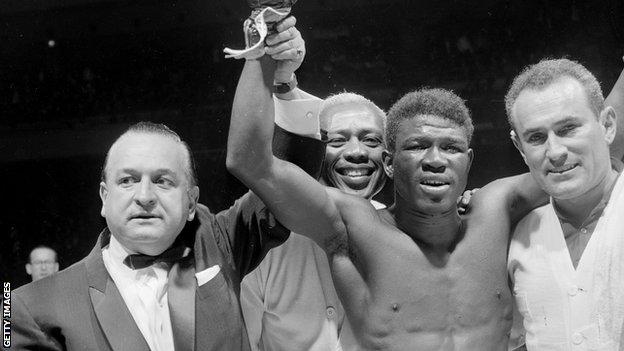 Griffith, who was inducted into the Hall of Fame in 1990, died in New York. He suffered from pugilistic dementia.

The US Virgin Islands fighter was best known for his 1962 title bout against Bennie Paret, who fell into a coma and died after being knocked out during the fight.

"Outside the ring, he was as great a gentleman as he was a fighter."

Griffith headlined at Madison Square Garden 23 times and was known for his overwhelming speed and slick style.

Under the stewardship of trainer Gil Clancy, he grew into a New York Golden Gloves champion and eventually turned professional, quickly earning a welterweight title shot against Paret in 1961.

Griffith won the championship with a 13th-round knockout at the Garden before losing the belt to Paret in a rematch five months later.

And he won back the title in their ill-fated clash, before retiring in 1977 after losing his last three fights.

Griffith went on to train a number of successful fighters, including Puerto Rican world champions Wilfred Benitez and Juan Laporte.