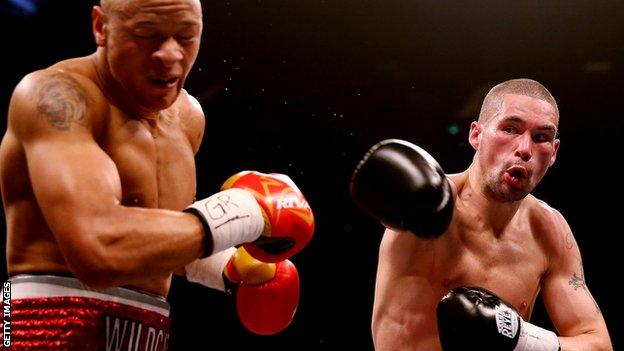 It will be the second time Bellew has fought for a world crown, having his only defeat in 22 professional bouts.

The Liverpool fighter, 30, to become the mandatory challenger for the WBC belt.

Stevenson, from Canada, is the reigning champion and will defend his title against American Cloud in September.

Quebec City is the likely venue for Bellew's title bout, with 30 November - his birthday - suggested as a possible date, as the WBC have ruled the fight must take place before the end of the year.

"I am delighted Tony has got the shot, and what a perfect potential date for it," said promoter Eddie Hearn.

"Tony has worked tirelessly to get a second crack at a world title and he's ready to claim it now.

"What a dream birthday present it will be when he does."

Bellew has won 20 of his 22 fights - the only other blemish on his record coming when he drew with Chilemba in the first of two bouts in March - while 35-year-old Stevenson has lost just once in 22 outings, against American Darnell Boone in 2010 when he was knocked out in round two.

Cloud, 31, has also lost once in a 25-fight career - being defeated on points by Bernard Hopkins in his last bout in March.