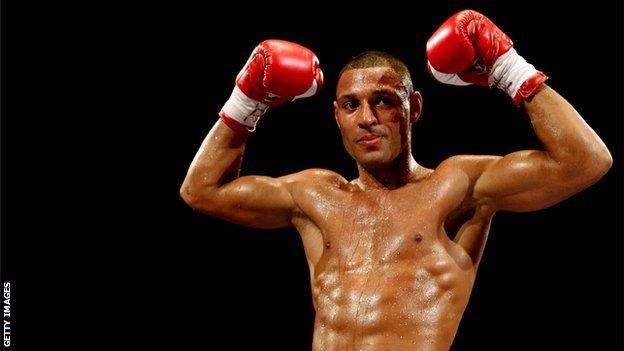 Sheffield welterweight Kell Brook will return to his home city in October to face the man who ended Ricky Hatton's career.

Brook's promoter Eddie Hearn tweeted on Friday that the unbeaten 27-year-old will face Vyacheslav Senchenko on October 26 at Sheffield Arena.

His last appearance in the Steel City came in October when he knocked out Hector Saldivia in an IBF eliminator.

Injuries stopped him fighting Devon Alexander for the world title.

He remains the IBF's number-one ranked challenger to Alexander's belt and returned to action after a nine-month lay-off with an impressive win over Carson Jones in Hull two weeks ago.

Ukrainian veteran Senchenko, 36, has lost just one of his 33 career fights and is known to British fans after stopping Hatton in the ninth round of his comeback-from-retirement scrap in Manchester last November.

Since then Senchenko has not fought again but is slated to meet Carlos Adan Jerez next month.