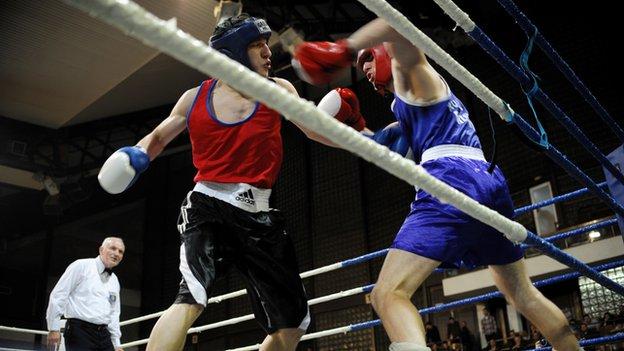 England's best young boxers have been withdrawn from next week's European Schoolboy Championships in Dublin.

The ABAE hoped to compete as part of the British Olympic Association, but this offer was rejected.

"This leaves us with no alternative but to comply with the current suspension," said chairman Richard Caborn.

AIBA claims England's national governing body has made "serious violations" of their statutes and a disciplinary commission is due to meet to discuss the issue.

Previous European Schoolboy winners include Amir Khan, who won gold in the inaugural competition in 2003.

A dozen boxers had been selected to compete in the English team.