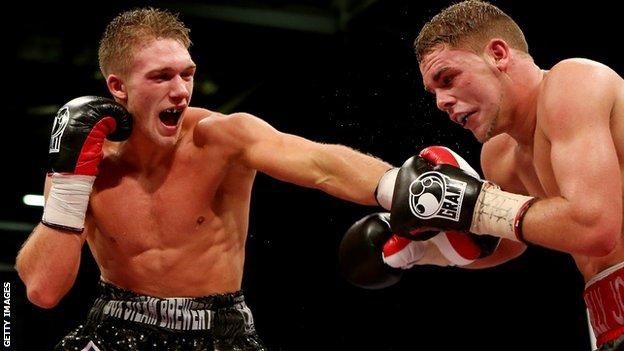 Nick Blackwell says he is in the right mindset to dethrone European middleweight champion Max Bursak.

"The most important thing is mentally I'm 100% there," the 22-year-old from Trowbridge told BBC Wiltshire.

"With other fights I've been a bit nervous and thought about things too much but in this mindset I know what to do. I know I will beat this kid."

He added: "I'm peaking perfectly and everything has gone right.

"I've watched him fight and his style suits me down to the ground. I can use my jab and my speed and if he wants me to, I'll stand and have a war with him."

Blackwell, who has a background in unlicensed boxing, turned professional in June 2009 and has won 13 of his 15 bouts.

But he has not been in the ring since March after picking up an injury sparring with super-middleweight world champion Carl Froch.

Blackwell's comeback against Bursak will see him fight abroad for the first time, which has had an impact on his game plan.

"I know I've got to go over there and stop him or beat him up in every single round," he said.

"If I don't, I won't come out with the points decision. In my head, I've got to stop him."