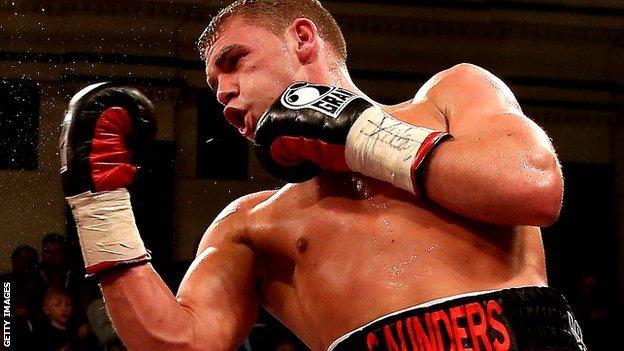 British and Commonwealth middleweight champion Billy Joe Saunders says he is delighted to be fighting on the first night of boxing at former Olympic venue the Copper Box Arena.

The unbeaten 24-year-old tops the bill on 21 September, the first event since a six-fight deal was announced in June.

Saunders told BBC Sport: "It's a pleasure to box at an Olympic venue.

"The fans will enjoy it, being right on top of the fighters. I think it will be a night to remember."

Saunders, who has won all 18 of his professional bouts, including 10 knockouts, faces similarly unbeaten local rival John Ryder inside a 7,500 seat arena which hosted handball at London 2012.

The Romany gypsy fought for Great Britain at the 2008 Olympic Games in Beijing, and says his experience of competing in large venues could work in his favour.

"I've seen the Copper Box and it's a lovely place, like a gigantic [east London venue] York Hall," he said.

"Fighting over in Beijing, which was a big stadium, means I've sort of been there before. I don't know how John's going to react to a big crowd. But I'm a local lad - it's probably two stops on the train for me."

As well as pledging to win the fight and retain his titles, Saunders also paid tribute to Dean Powell, the legendary trainer who died on Tuesday at the age of 46.

"I will be bringing those titles back home, and I guarantee a win," he said. "And I'd like to dedicate this fight to Dean Powell - this one's for him."