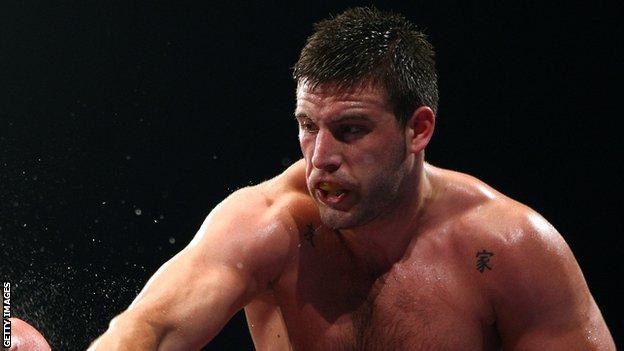 Sexton, 29, is spending two weeks in Austria with Ukranian Klitschko.

"They're training three times a day and he's cut off from all problems at home. It's 100% boxing," Sexton's coach Graham Everett told BBC Radio Norfolk.

"He's going to come back from there physically and mentally in the best shape of his life."

Norwich's Sexton has fought and won three times in the last 12 months in an attempt to rebuild following a defeat by David Price in May 2012.

Price is just one of two men to beat former Commonwealth heavyweight champion Sexton, the other being Dereck Chisora - twice - but those defeats have prevented his rise to the elite level.

"Sam is a very good heavyweight. He's been unlucky in the past but is still young enough to make moves," said Everett.

"We have something very big in the pipeline for Sam and hope that comes off.

"After losing to Chisora he was on the side for a long time. I think he met David Price at his best and Sam didn't have the best preparation.

"We want to gatecrash the world scene."