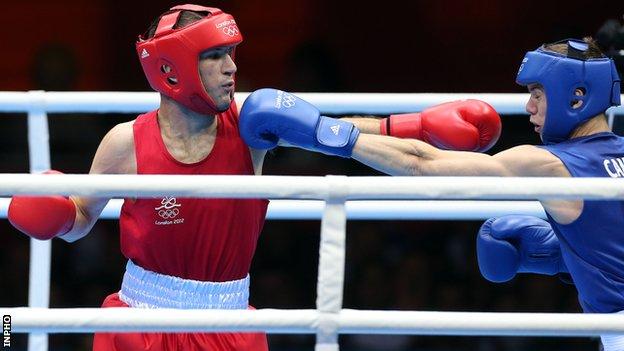 Olympics silver medallist John Joe Nevin's absence from Ireland's squad for next month's World Championships has left the country without a bantamweight in Kazakhstan.

The Irish Amateur Boxing Association attempted to replace Nevin with Monaghan man Gary McKenna but the deadline for entries had elapsed.

Nevin is expected to turn professional in the coming weeks.

He took bronze at the last World Championships in 2011 which was Ireland's only medal in Azerbaijan.

Nevin was on the original list of 10 names lodged by the Irish Amateur Boxing Association for next month's championships with world governing body AIBA.

The bantamweight announced that he was signing for Amir Khan's professional stable after last year's Olympics only to reverse that decision a number of weeks later.

However, he now does appear likely to make the move to the professional ranks and his departure is a blow to the Irish squad ahead of the 11-27 October championships.

"But our focus is on the World Championships. John Joe is not going and the rest of the squad are, and they are our focus now."