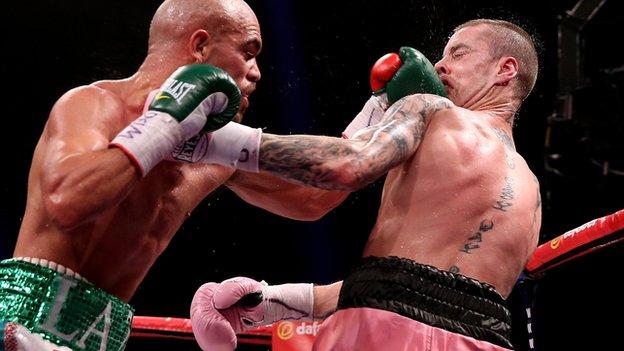 Ricky Burns can start training again as he recovers from the broken jaw suffered during last month's fight with Raymundo Beltran.

The WBO lightweight champion retained his title in controversial circumstances, with many observers believing the Mexican had won.

Burns posted on Twitter: "Was at hospital last week and jaws getting there. Can resume light training but still no boxing for a few weeks.

The Scot's world title defence at the SECC in Glasgow last month ended in controversy after Beltran had the Coatbridge boxer on the floor in the eighth round.

Burns, evidently in pain as the fight progressed, was taken straight to hospital, where he underwent surgery to have a metal plate inserted into his jaw.

Initially, Burns's promoter, Eddie Hearn, suggested his career could be in doubt, but his manager, Alex Morrison, later said: "Ricky will definitely fight again, one million per cent."