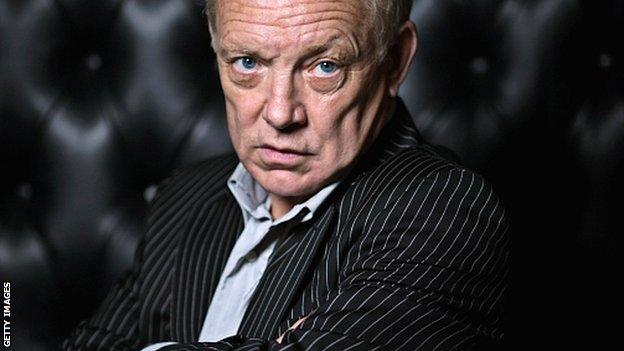 Frank Maloney has retired from boxing after 30 years in the sport as a manager and promoter.

Under Maloney's guidance, Lennox Lewis became the first Briton to win a world heavyweight title for almost a century in 1992.

Maloney, 60, hoped to achieve the same with David Price but the Liverpool heavyweight was beaten twice by American Tony Thompson in 2013.

"I have fallen out of love with boxing," said Maloney.

The sport has changed so much. So many boxers listen to the last person they meet and trainers who give time but invest no money are afforded too much power

"My passion has been missing, my heart is no longer in the sport that I loved so much."

Londoner Maloney became a household name in the 1990s, acting as manager and cheerleader to Lewis, the heavyweight division's last undisputed champion.

Maloney was taken ill after Price's shock first defeat by Thompson in February and has suffered heart problems in the past.

"If I continued as his promoter it would be unfair as I cannot give the commitment and love for the sport that is needed to get David's career back on track," said Maloney.

"When I saw him in the gym last week it was my first visit to one for months and I no longer got the buzz I used to get.

"The sport has changed so much over the last few years. So many boxers listen to the last person they meet - and trainers who give time but invest no money into the sport are afforded too much power.

"It has also been a tough time for me personally and I feel a lot more at ease with myself by reaching this decision.

"David understands my decision, as do the other fighters I look after, including British cruiserweight champion Jon Lewis Dickinson."