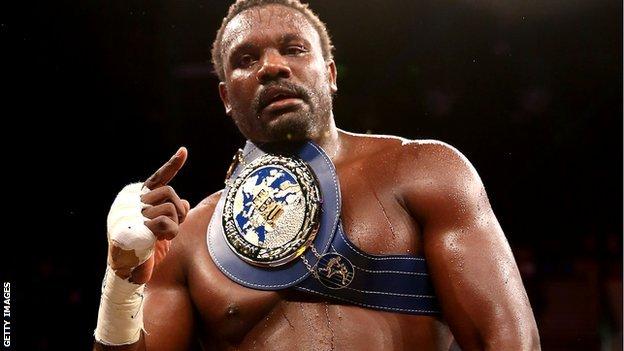 Dereck Chisora will make the first defence of his European heavyweight title against Swiss opponent Arnold Gjerjaj at the Copper Box Arena in London on 30 November.

Chisora, 29, won the vacant title with a fifth-round stoppage of German Edmund Gerber at the same venue last month.

Fellow heavyweight Gjerjaj is undefeated in 22 bouts but has fought outside Switzerland only once.

A victory for Chisora would extend his winning streak to four fights.

Middleweight Billy Joe Saunders, the British and Commonwealth champion, will defend his titles on the undercard against an opponent yet to be announced.

The Hatfield-based boxer, 24, retained his belt with a unanimous points decision over John Ryder on 21 September.