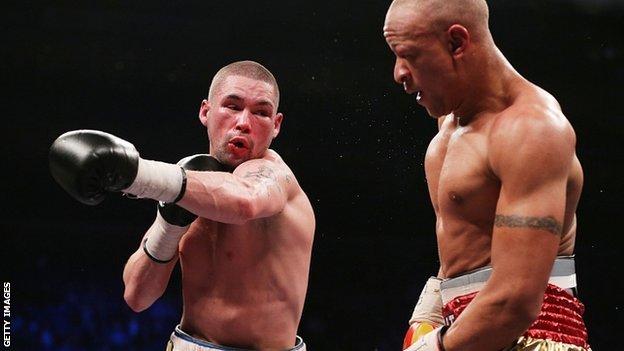 Bellew, 30, is a former British and Commonwealth champion and was beaten by then WBO champion Nathan Cleverly of Wales in 2011.

But he beat Isaac Chilemba in a rematch in May, having drawn the first fight, to secure a second world title shot.

Stevenson, 36, has been beaten once in 23 fights and will be a big favourite.

The Haiti-born Canadian won the title with a first-round knockout of Chad Dawson in June and defended it with a seventh-round retirement of Tavoris Cloud in September.

Stevenson's only defeat was as a super-middleweight in 2010 and he has 19 knockouts in 22 victories.