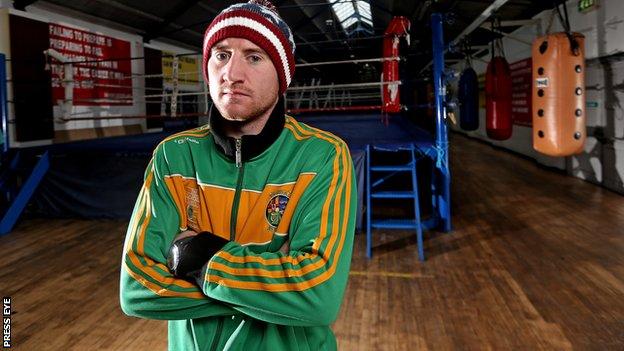 Flyweight Barnes earned a unanimous 29-28, 29-28, 30-27 victory over Serbian Milos Baltic in Kazakhstan and will now fight a place in the quarter-finals.

Barnes is targeting a medal in his 'bogey' tournament, having won Olympic, European and Commonwealth medals.

On Monday, McCarthy progressed to the last 32 of his division by earning an unanimous victory over Bulgaria's Nikolay Mutavski.

Belfast lightweight Sean McComb clinched an impressive opening victory on Tuesday, earning a unanimous win over Israel's Almog Briga to progress to the last 32 of his division.

Barnes and fellow Olympic bronze medallist Michael Conlan, who enters the fray at the last-32 stage against Hungary's Kriszthan Nagy on Saturday, are both seeded for the tournament.