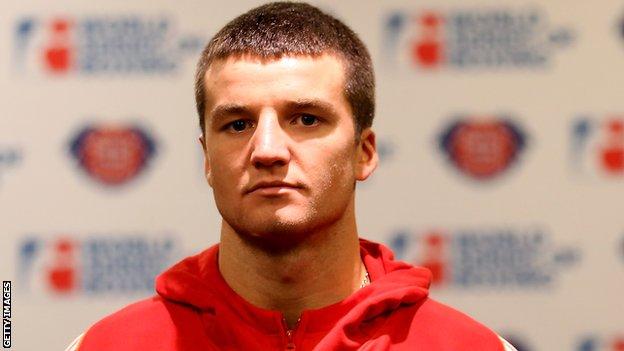 Fowler, 22, claimed a unanimous verdict over the second seed, who had stopped Olympic silver medallist Fred Evans in a World Series of Boxing bout in May.

Fowler will now face Germany's Stefan Hartel in the quarter-finals, with the winner of the fight guaranteed a medal.

Hartel beat Fowler in the last 16 of the European Championships in June.

In his debut at bantamweight, Ireland's Olympic bronze medallist Michael Conlan will meet Russia's Vladimir Nikitin in the quarter-finals after a unanimous win over Brian Gonzalez of Mexico.

Irish heavyweight Tommy McCarthy also made it into the last eight with a 3-0 win over Emir Ahmatovic of Germany.