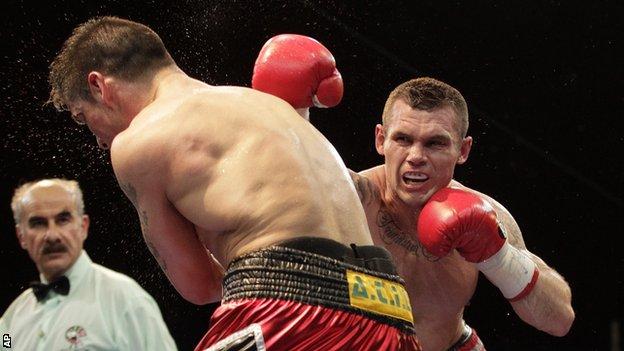 Middleweight Martin Murray hopes victory over Garth Wood in December will result in him beginning to gain the recognition he feels he deserves.

"I believe everything happens for a reason," he told BBC Radio Merseyside.

"It will all work out right in the end, regarding getting the exposure and getting talked about the way myself and my team feel we should."

By fighting who I've fought and with how I've done, it's worked against me

Murray has twice fought for a world title, both on foreign soil, and impressed on both occasions.

He in December 2011 and then in April, despite knocking down the Argentine in the eighth round.

"By fighting who I've fought and with how I've done, it's worked against me," added Murray, who has won his other 25 professional bouts, 11 of them by knockout.

"None of the fighters want to fight me and I'm not getting the big fights I'm looking for because I've done so well in other fights.

"This is the longest I've been outside the ring since I turned professional. There was a lot of momentum coming from the Martinez fight and that dwindled off with me not having a fight.

"This fight is over in Australia and I'm not going to take many over there. I'm just hoping it's going to be seen on a big television channel over here."