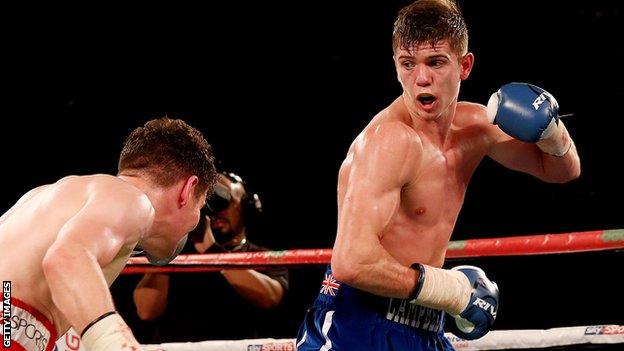 Olympic gold medallist Luke Campbell was made to work by Lee Connelly before claiming a third straight win as a professional.

The 26-year-old stopped Connelly in the penultimate round of the six-round fight in front of his hometown crowd at the Hull Arena.

Campbell, who won his previous two fights in the first round, was given a sterner test by his Sheffield opponent.

"That's exactly what I needed. I'm learning all the time," said Campbell.

He produced a patient, stylish performance that left his opponent with a blooded face, and eventually stopped Connelly with one minute of the fifth round remaining.

"I could see I was hurting him, but all credit to Lee because I just couldn't break him down," added Campbell, who next fights on the undercard of Carl Froch's bout against George Groves at the Manchester Arena on 23 November.