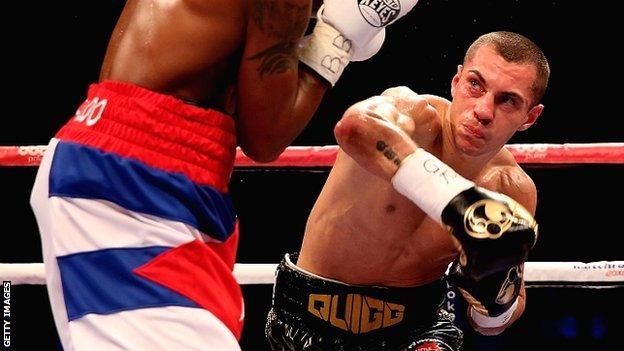 Bury's Scott Quigg will defend his WBA super-bantamweight title against Argentina's Diego Silva at the Manchester Arena on 23 November.

The fight will be the chief support to Carl Froch's super-middleweight world title defence against George Groves.

Quigg, 25, held onto his title with a draw against Cuba's Yoandris Salinas in his first defence in October.

Olympic champions Anthony Joshua and Luke Campbell are also in action in their fourth pro contests.

St Helens's Martin Murray is also on the bill following his loss to middleweight king Sergio Martinez in April.

Murray, who has twice challenged for a world title, was supposed to have fought Garth Wood in Sydney in December but the match fell through.