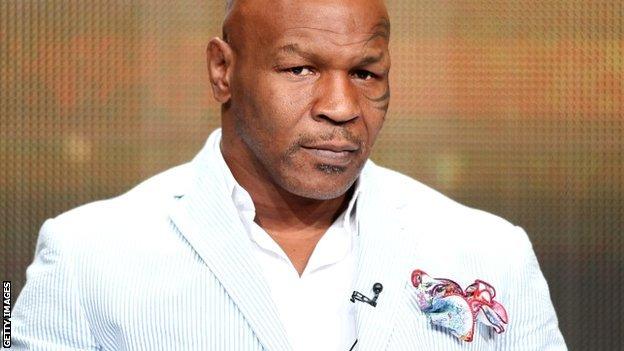 Promoter Frank Warren could consider legal action against Mike Tyson after the former champion revealed he avoided testing positive for drugs by using a fake penis full of clean urine.

Warren, who promoted some of Tyson's fights in Britain, said the American would have been in "serious breach" of contract if the claims were true.

I don't know whether I believe it or not, or whether it's one of those things that sells books

The 61-year-old promoter also said he was "disgusted" with the revelations, made in Tyson's new autobiography, although he conceded they may have been included to boost sales of the book.

In 1987, aged 20, Tyson became the youngest boxer to hold the WBA, WBC and IBF world titles and the first heavyweight to unify them.

Five years later, he was sentenced to six years in prison for rape.

Although he won back the WBC belt by beating Britain's Frank Bruno in 1996 and added the WBA version the same year, the Brooklyn-born fighter's career went into further decline and he eventually retired in 2006 with a record of 50 wins and six losses.

He says in his new book, 'Undisputed Truth: My Autobiography', that he took cocaine and marijuana throughout his career, evading detection by using a fake penis filled with someone else's urine.

When Tyson 'fought on drugs'

According to Tyson, that included the 38-second win over fellow American Lou Saverese in Glasgow in 2000, which Warren promoted, and the 2004 loss to Britain's Danny Williams in Louisville.

Warren was also promoter for Tyson's defeat of another Briton, Julius Francis, in Manchester in January 2000.

The promoter told BBC Radio 5 live: "I don't know whether cocaine, or whatever he was taking, is a performance-enhancing drug, but it's a banned substance.

"Boxing is a dangerous sport and to be taking something that may cause your performance to be enhanced is a serious danger to your opponent.

"I haven't seen the book yet. All I've done is heard about some of the extracts. When I've seen the book, I'll make my decision then.

"But I'm sure the British Boxing Board of Control (BBBC) will have something to say about it as well."

Warren added: "I'm pretty disgusted. When he fought here, he was tested by UK Sport, who do all of the drug testing on boxers and nothing came up to say that any drugs were in his system.

"But the claim that he used a prosthetic penis... I don't know whether I believe it or not, or whether it's one of those things that sells books."