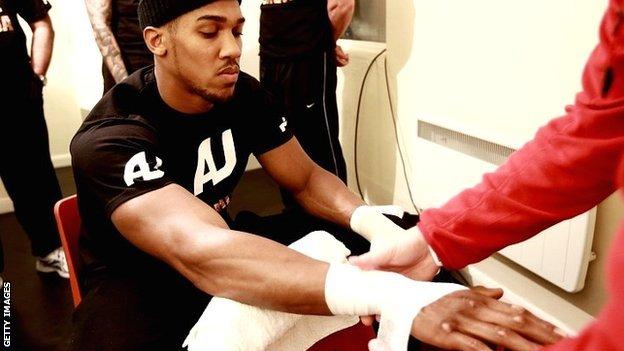 London 2012 gold medallist Anthony Joshua has withdrawn from his fight with Argentina's Hector Alfredo Avila on Saturday with a bicep strain.

The Londoner, 24, has won all three of his professional bouts, securing a second-round stoppage against Croatia's Hrvoje Kisicek five days ago.

"Got a mild shoulder injury, the medical team have advised me to rest. I cant argue," tweeted Joshua.

"It's nothing major. I just have to listen to professional advice."

Joshua added he was now focusing on his fight with 29-year-old Welshman Dorian Darch on 14 December at London's ExCel Arena.

Thirty-eight year-old Avila, who has lost 15 of his 38 fights, was stopped by Joshua's fellow Briton Dereck Chisora in April.