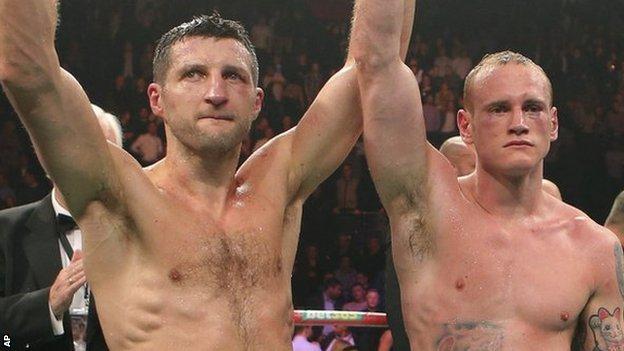 George Groves has failed in his appeal to the International Boxing Federation over the purse split for a world title rematch with Carl Froch.

Froch beat super middleweight Groves in November but a rematch was ordered after the IBF ruled "inappropriate conduct" by referee Howard Foster.

Because Groves is not considered a top challenger, 85% of the money will go to WBA and IBF champion Froch.

The IBF board voted unanimously to maintain the 85%-15% split.

Froch, 36, released a statement last Friday claiming that his rival had turned down a seven-figure offer to fight again.

Fellow Briton Groves, 25, said he was unhappy with several clauses in the offer.