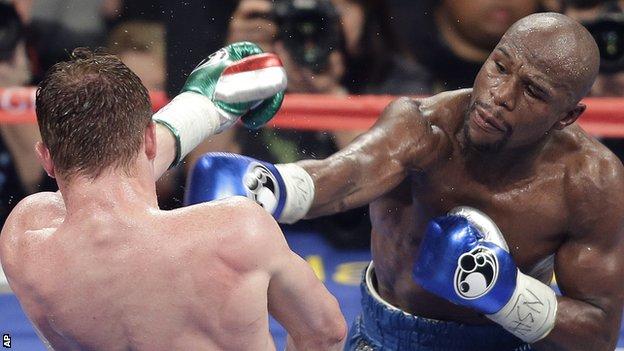 World light-middleweight champion Floyd Mayweather has asked fans to decide whether his next fight should be against Amir Khan or Marcos Maidana.

Briton Khan signed a deal in December that put him in line for a possible bout with the unbeaten Mayweather.

Mayweather, 36, tweeted: "I'm going to let the fans vote. Tell me who I should fight next. Khan or Maidana?"

American Mayweather beat Saul Alvarez in September 2013 in the most recent of his 45 career fights.

Khan beat Maidana in Las Vegas in December 2010 on a unanimous points decision, with his last fight a dramatic points victory over Julio Diaz in Sheffield in April 2013.